Multilayer PCB refer to the printed circuit boards which have more than three layer counts, it's normally pressing from copper foil and insulating material.

In order to improve the reliability of metalized holes in PCB manufacturing, multilayer pcb manufacturer should use raw material with heat resistance and good stability on dimension, especially with small coefficient of thermal expansion in the thickness. 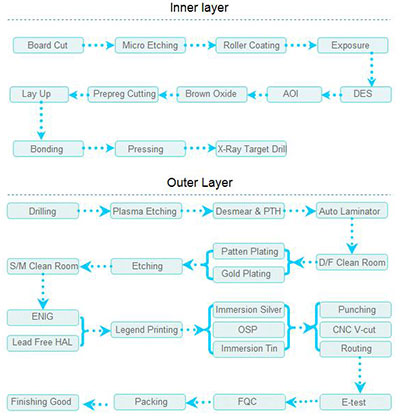